The story behind the 6.0 web redesign

The former web version of Case Manager imitated most of the features of the Windows version, but we felt there were some areas that could be improved.

And at the same time we've looked with fresh eyes at the way you use Case Manager. We've streamlined and reorganised some of the tools so that they give you a more intuitive, user-friendly experience.

If you're an experienced user of the web version, you will notice some changes that we hope will deliver an improved experience. You'll be able to use our documentation to familiarise yourself quickly. We've also created a special video to introduce you.

Our aim is to future-proof the new web version, and to develop it so it becomes the platform of choice for all our customers. 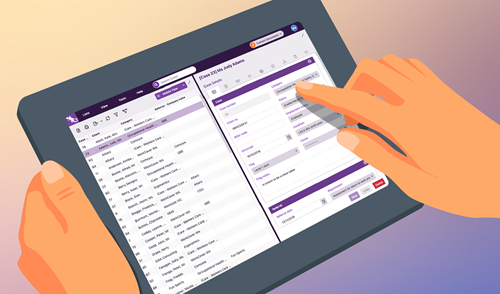 The new web version is faster, cleaner and more intuitive, with a number of new features.

The features and enhancements include:

Especially for smaller screens, such as iPad/Tablets

The tools described above make working on smaller screens much simpler. And because Case Manager for Web 6.0 is truly responsive, it adapts to whatever device it's running on. In addition you will notice:

We expect that you will be very happy with the faster speed and improved features of Case Manager for Web 6.0.

The short video orients you in this new environment.

The new web version has been optimised for:

The following are not supported: